Rosa Bonheur (1822–1899) was a commercially successful artist when few women could pursue artistic careers. Her paintings were entirely consistent with the realist school of the mid-19th century, and his depictions of animals and rural scenes are still widely appreciated for their accuracy and artistry.

When and where was she born?

Rosa Bonheur was born in Bordeaux, France, on March 16, 1822. An artistic career seemed to be destined for Bonheur. 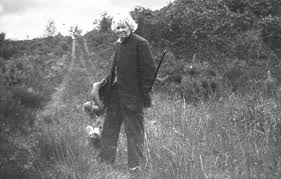 Her early life and parents:

His father, Raymond, was a professional painter specializing in realistic portraits and landscapes. He also encouraged his daughter’s artistic pursuits by teaching her how to draw early.

Raymond Bonheur moved his family to Paris in 1829 and established a studio that also served as the family home. He joined the Saint-Simon Movement, a religious organization that campaigned for women’s equality in 1830, and lived apart from his family until 1832.

Bonnard’s mother, Sophie, died shortly after his father’s return, leaving the family to live without his income. . Her mother’s death dramatically changed Bonheur’s outlook, as her father is now forced to enrol her in a business school designed to teach young women marketable skills such as sewing.

She accompanied him when he painted a commissioned portrait of a wealthy young woman named Natalie Mikas. Rosa and Mikas struck up a friendship during portrait sessions that would last a lifetime.

Bonheur’s work had advanced so much that she was ready for her first public exhibition by the time she was a teenager. Bonheur submitted several paintings and small sculptures at the Paris Salon of 1841 for inclusion in prestigious art exhibitions. Critics and the public have well received his work.

Bonheur’s father died in 1849, and she was left alone, which led to tremendous personal and professional growth. Unlike many artists, Bonheur’s commercial success and public recognition were secured early in his career. However, his habits are contradictory.

Her desire to better understand animal physiology leads her to visit slaughterhouses in Paris, where women are not allowed. Bonheur cut her hair very short and dressed in men’s clothes to circumvent this prohibition, which quickly became her usual style. Eventually, Bonheur received official permission from Paris to work and travel in men’s clothing within the city. He also developed the traditionally male habit of smoking cigars.

Although she is never married, Bonheur’s friendship with Mikas continued to grow, and the two women lived together. Bonheur’s habits have aroused public curiosity. Likewise, Bonheur never discussed her sexual preferences, and given the prevailing customs at the time, no such questions were raised. She made it to the list of reference books for some contemporary gay and lesbian historical figures, although the true nature of her relationship with Mikas was never made clear.

She became the first woman to receive the French Legion of Honor in 1865. However, the award could only be given to her when Emperor Louis Napoleon was not in town because he opposed this award to a woman. She later received a cockade denoting the second Legion of Honor. She was very proud of this award, wearing her medals prominently when she posed for a portrait of Anna Klumpke in 1899. Bonheur continued to achieve artistic success until her death.

In many ways, Bonheur represented the embodiment of the realist school that dominated European painting in the mid-19th century. He did not use the more modern methods of Impressionism, although he must have been aware of their efforts. In fact, despite the Impressionists’ efforts to get their work into the Salon in the 1870s, Bonheur’s most iconic works continued to be a huge success.