WhatsApp chat transfers between iOS and Android have finally been official. Transferring WhatsApp chats between the two platforms has been one of the most popular features for years. The company has revealed the latest feature at the Samsung Unpacked 2021 event, which they launched with the Galaxy Z Fold 3 and Z Flip 3 smartphones.

What is the new feature?

If there’s a feature which WhatsApp users have wanted, then that is the ability to transfer data between Android and iPhone. However, without such an option, WhatsApp forces users to pay for third-party solutions.

Nobody wants to commit to just one platform for WhatsApp, especially if it is a user who has been using the app for years.

Samsung had its massive Galaxy Unpacked event, announcing new foldable smartphones, earphones, and watches. In a mixture of excitement, the company also announced that WhatsApp users would be able to transfer data between the iPhone, Galaxy Z Fold 3, and Galaxy Z Flip 3. WhatsApp has, however, decided to allow only transfer between iPhone and Android and will only work on selected phones. 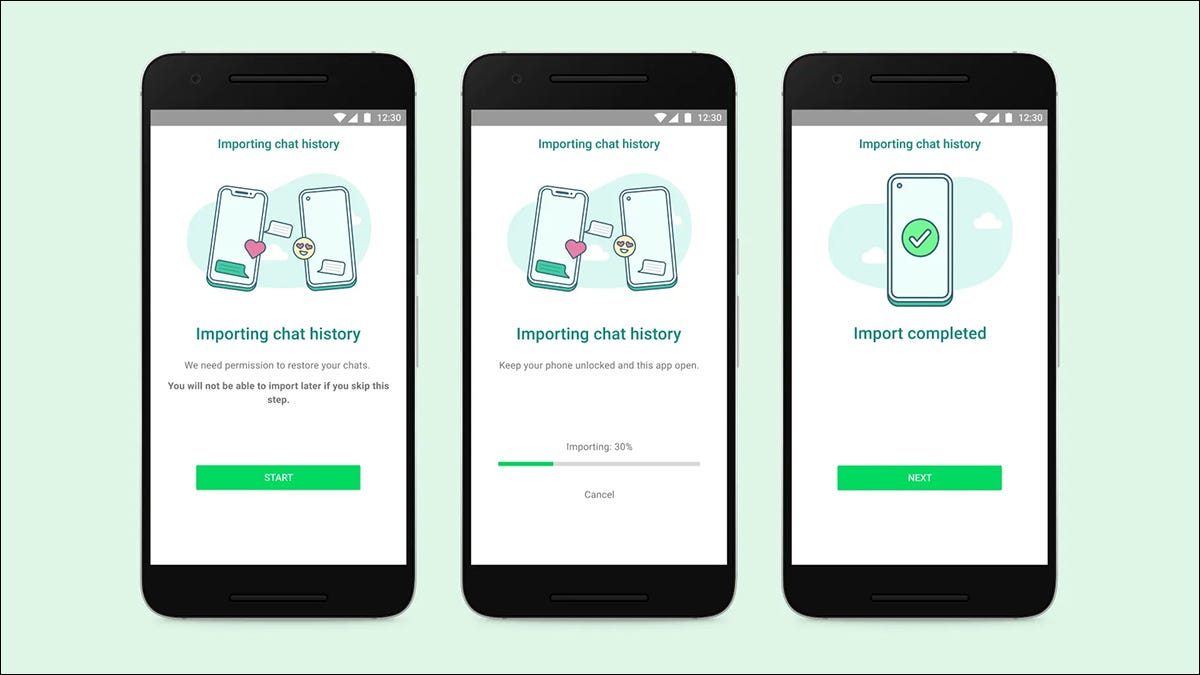 What all will this new feature allow?

We look forward to making it easier for people to transfer their WhatsApp history for the first time from one operating system to another. This has been one of our most sought-after features for years by users. Hence, we have worked with operating systems and device manufacturers to address this issue, said the company in a statement. “We will also allow iPhone users to migrate their chats to Samsung devices. Given that this was a big announcement at Samsung’s Unpacked event. WhatsApp and Samsung will likely remain partners for the time being, but there will be no limitation exclusivity.

WhatsApp has introduced the ability to seamlessly and securely transfer WhatsApp’s entire chat history, including voice, notes, photos, and conversations; if you decide to switch to the mobile operating system, the company has added. WhatsApp users will soon be able to transfer their chats between iOS and Android and vice versa. WhatsApp chat transfers will be possible via a third-party tool from Drone, which is $22 (approx).

However, as it is a third-party tool, it has also raised security and privacy concerns.

User can email their whole chat history to themselves but can’t restore it to their new device. Thus, making it less valuable than a native chat transfer option. But WhatsApp could fill this gap so that you don’t have to wait for your switch from iOS to Android or vice versa if you think your chat history is too important to keep.

After that, WhatsApp wants to bring the transfer function to other Android and iPhone devices. Thus enabling the transfer between supported phones. There will be an initial exclusivity phase for Samsung’s new phones. But the company says the feature will come to other Samsung devices in the coming weeks. This is an excellent feature for anyone considering switching to an operating system.

There are many compelling reasons to prefer Android to iPhone and jump ship without losing WhatsApp chat history and other data.

Security Lockout iPhone: How to Unlock?

Save Energy with Nest Airwave Feature