Skip to content
Other sports Sports
Thomas William
No Comments

Barcelona president, Joan Laporta, has admitted that their finances are worse than he anticipated. This comes after the sudden departure of Lionel Messi.

Why is Messi leaving his Barcelona club?

Barcelona will miss Messi, but La Liga is equally responsible for their financial troubles.

Laporta stated that there was interest and willingness to sign the contract extension. Still, a better understanding of the costs associated with things the team may not have other funding opportunities for, La Liga’s Financial Fair Play stipulations came into question.

Barcelona’s debts have exceeded 1.2 billion euros (£1bn) because of a pandemic and financial problems that have been ongoing for some time now.

Laporta told reporters in a recent news conference, “The club is above everything – even the best player in the world.”

Laporta said that the club has agreed to two contracts with Messi, one out of a two-year contract and the next being a five-year contract.

“We’ll do everything possible to keep Messi at Barcelona, even though he might not stay within our present economic status,” he said.

Financial Crisis in the Club

“We reached an agreement but couldn’t formalize it because the club is currently in a difficult financial situation. Thus can’t register the player due to cutbacks. It’s important to recognize and acknowledge that things have happened the way they did in the past, and this doesn’t mean we overcame them. I want us to stop focusing on what was and shift our focus to what can be.

There are limited possibilities for Messi’s next move, given that he demands extortionate wages. However, which goes well with his standing as one of the greatest players ever. Lionel Messi reportedly earns €70 million per year, more than the last three Barcelona players combined. However, he has backtracked on his decision to sign the contract, mainly because of tax laws in Spain.

The captain of the Argentine national team will reportedly make around £59 million per year with FC Barcelona. 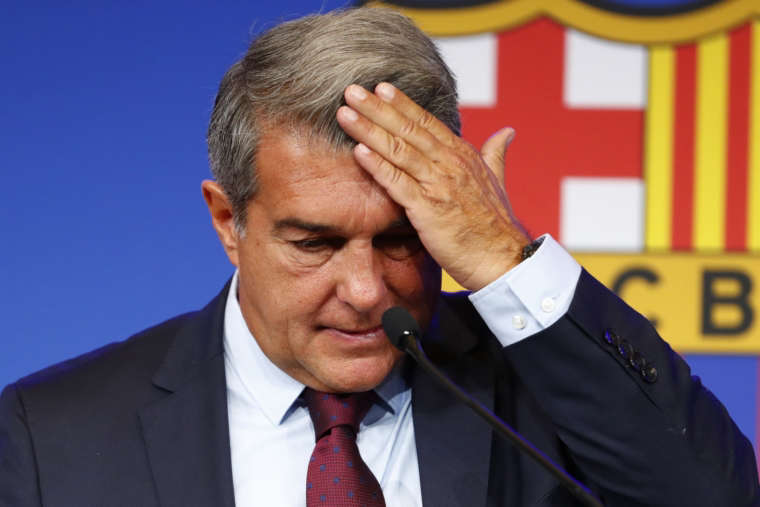 Messi reportedly called PSG coach Mauricio Pochettino on Thursday night. The AP is reporting that the French club is assessing the potential revenue they could generate by signing Messi and the huge salary he would command, according to the Associated Press.

Tribute to Messi on Social Media

When asked about the rumored PSG transfer, Messi broke down at a teary press conference and said, “I’ve got nothing confirmed with anyone. Even before the announcement, I was getting a lot of offers”. At this point, I’m not in talks with anyone club or team yet. But there’s been a lot of offers and things to consider.

Assumptions of Messi’s Next Team

If Messi were to join PSG, he would be putting on the blue & red for the first time since leaving Barcelona. He joins former teammate Neymar and other recent free signings – Gianluigi Donarumma, Sergio Ramos, and Georginio Wijnaldum. Like Messi, these players missed out on renewing their contracts with Milan, Madrid, and Liverpool.

Manchester City, owned by the Abu Dhabi royal family, will have a tough time signing Messi. Not only do they lack the necessary funds, but they also don’t have many connections with Barcelona. Returning to Pep will be difficult financially for Spurs, who have just broken the British transfer record and signed Jack Grealish.

It seems that City is also looking into the signing of Harry Kane from Spurs. As he arrived late to training and looked to force his way into the team.