In ancient Greece in the 5th century BC, participants threw wine foam across a room to hit a target. There were awards for success and punishment for failure. In China, during the Tang Dynasty in the 6th century, players were forced to drink based on random numbers, with the last survivor being the winner.

Therefore, drinking games are nothing new. Although modern games sometimes occur in bars and clubs, parties are the most obvious place for such activities.

The games cost nothing but a drink, and you don’t need any props other than some playing cards. They are great if you are on a tight budget, but you will need 3-4 people minimum for the games to be entertaining. Less than this number, and the game will not be fun. Drinking games add a competitive edge to any party, and the drink itself acts as a form of punishment and reward. 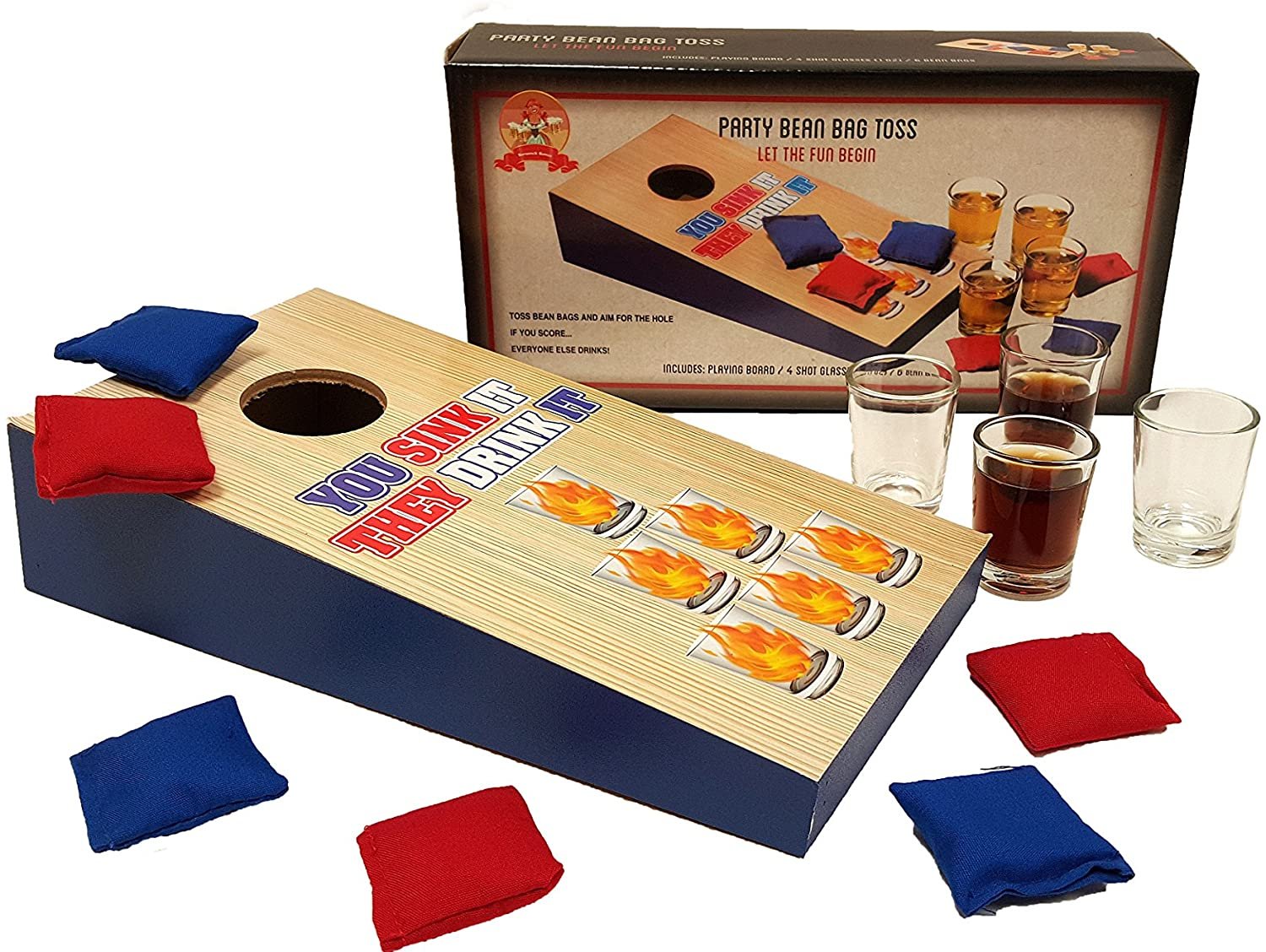 Below we have mentioned top drinking games that will charm up your weekend scenes.

This is a card game: deal one card to each player face down, then everyone must turn the cards simultaneously. If your card has the same number as another player, immediately point to that person and shout “clown.” The last player to say this must drink the card’s value (assigned before the game). If one player points to the other, but there is no match, he drinks two glasses.

Pick a word that no one can say, and whoever utters it must drink.

Choose simple common words such as “this,” “or.” Alternatively, prohibit using the phrase “no” or “yes.” Then start asking yes / no questions.

All take turns to ask each other. The first questioner addresses the other player by name and asks him a yes / no question, which must be answered immediately. Without stopping, the respondent asks the other player another question.

The game is fast and nimble. Any hesitation, such as laughing before answering, is unacceptable. Pondering the question will not take long. The punishment for being late is to drink.

Line up six different-sized empty cups and number them from 1 to 6. First, someone rolls a die. The number they throw will indicate one of the soups. Fill this mug with beer so the player can quickly swallow it. When they are finished, the other person rolls the dice.

Most players hope to get the most miniature cup when this booze game is on. This is an excellent way to get to know everyone.

Each person makes a real-life statement that begins with “Never have I ever …”. For example, if you’ve never traveled by sea, just say, “I’ve never been on a boat.” Everyone who sat at the table and was on the boat should drink. The game’s object is to develop a statement in which the whole group will drink simultaneously.

First, someone mentioned the full names of celebrities. The next player now has 30 seconds to choose a different celebrity name using the first letter of the previous person’s last name. For example, if the name is “Justin Timberlake,” the next player might say “Tom Hanks.” If the player chooses a person whose first name and last name begin with the same letter (for example, Tina Turner), the game’s direction is reversed. The booze starts when the player can’t come up with a name right away and must keep drinking until he remembers.

Take a deck of playing cards and place them on an empty bottle. Players take turns blowing cards from the balcony.

The person who popped the last card drinks beer. The man who made the trump card would also drink a whole beer bottle. Those are two glasses of beer, wait.

Place 10 cards face down on a straight line on the table. This line is called a bridge. The first player flips the top card. If the numbers change from 2 to 10, they are safe, and you can scan the next card. However, if they roll Jack, Queen, King, or Ace, the player must drink its value (Jack = one bite, queen two, king three, four aces). When you reach the last two of the first bridge, continue playing and adding 10 new cards.

You play this game with a coin.

Each player takes turns throwing and calling heads or tails. You can’t just drink every time and not undress.

It is forbidden to run the same option twice in a row. In this game, everyone should pay attention. A mistake is tantamount to punishment.

Everyone counts in turn: the first one says “one,” the next one says “two,” and so on. When the player reaches a multiple of seven, he should say “buzz.” If the player doesn’t say “high,” he drinks. If a player says “high” by mistake, he also drinks. The game’s object is to see how high the group can climb with as slight buzzing as possible.

Which of these drinking games do you like best? Do you have a favorite fun you want to share with our readers? You can use the comment feed below to answer all these questions.